A space propulsion workshop of the EcosimPro/ESPSS (European Space Propusion System Simulation) simulation platform was held from 21st-23rd May 2013 at ESA-ESTEC in Noorwijk (The Netherlands). Over 30 engineers from various European companies that work in space propulsion attended the meeting. The workshop was organised by the ESA (European Space Agency) Propulsion Department and Empresarios Agrupados (EA). ESA is the owner and manager of the ESPSS libraries and EA is the owner of the EcosimPro simulation tool.

Presentations by participants from the different companies attending were given on May 21st and 22nd. Pedro Cobas, Fernando Rodriguez and José Moral took part on behalf of Empresarios Agrupados, presenting the most recent novelties of both the EcosimPro simulation tool and the set of ESPSS libraries for modelling space propulsion systems. Of special note was the official presentation of the first version of the new steady state propulsion library, which complements the existing transient libraries. Now, modellers can build both steady state and transient models using EcosimPro/ESPSS. A new optimization tool integrated into EcosimPro was also presented. This means that users no longer have to export their models to a different, external optimization tool. 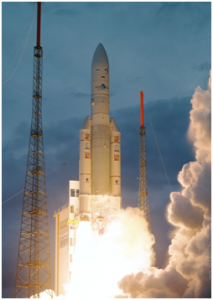 Christophe Koppel of Kopoos presented a satellite library that allows simulating the propagation of orbits with EcosimPro/ESPSS while modelling the propulsion system. This is another milestone in the platform’s development, as this calculation previously required the use of an external tool.

Apart from these initial presentations, others were given by a long list of companies, including Astrium (D&F), Von Karman (B), DLR (D), CIRA(I), Snecma (F), ESA (N) and La Sapieza (I). In addition, several sessions were held on May 22nd to discuss problems encountered by users and proposals for further improvements to future versions of the EcosimPro/ESPSS platform. The idea is to consolidate this tool as a referent in ESA that will serve companies as the basis for modelling rocket and satellite propulsion systems of varying complexities.

Lastly, May 23rd was devoted to an introductory course on the use of the new Steady State library of the ESPSS. The course was given to 15 participants by José Moral and Fernando Rodriguez from Empresarios Agrupados. The new library is expected to be available shortly.

ESA aims to hold this workshop once a year. Once every two years it will coincide with the International Space Propulsion Conference organised by ESA, CNES and the space organizations of each ESA member state. The most recent conference was held in Bordeaux (France) in 2012, while the next one is set for 19th-22nd May 2014 in Cologne (Germany).