Internal simulation toolkit, not available for sale, only for consultancy and project development

The THERMAL-BALANCE toolkit has been used for the thermal balance analysis of an Advanced High Temperature Reactor for Cogeneration.

The results of the cycle have been depicted using the EcosimPro/PROOSIS GSE feature (Graphical Simulation Environment). This makes it possible to show the main steady state results of each process line (pressure, enthalpy, mass flow and temperature) on the schematics diagram of the model.

Model of a Nuclear Fuel Storage Pool and its Cooling

Although the THERMAL-BALANCE toolkit mainly applies to steady state analysis, the toolkit can also be used to study slow transients.

The system analysed in this example consists of two pumps that distribute water through three branches parallel to the three heat exchangers, returning to the pool once cooled. One of the two pumps and all three chillers are considered as being in operation, although a non-chilled bypass current is included.

This model can be used to evaluate the system behavior as a function of the heat load and the cooling conditions.
A pool level control has been included using components from the CONTROL library and a motor-operated valve that supplies the refueling flow.

The schematics diagram of the model is shown in the following figure. 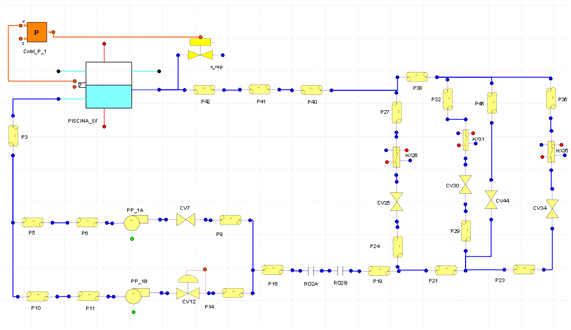 The following plots show the most important results from this study.

Mass flow through the refuelling valve 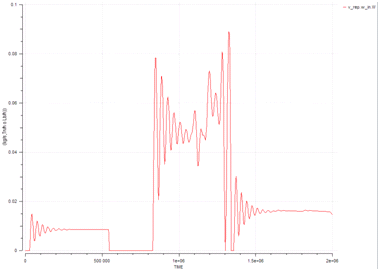 Controlled level in the pool 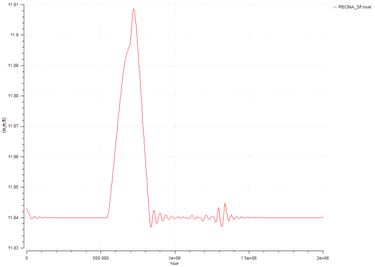 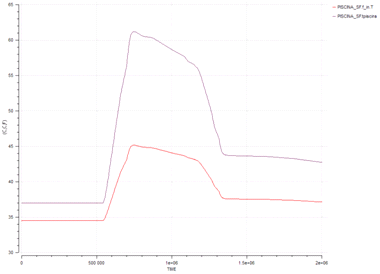 Taking a 100% heat load as a basis, the purpose of this study is to calculate the parameters whose variation moves the generated electrical power away from its rated value.

The model developed can be used to analyse whether the reasons for generating power that is not of the rated value, at 100% load, are external to the correct operation of the plant (for instance: high temperature of the circulating water in summer) or whether they are caused by an operating problem (for instance: little moisture separation in the MSR and high steam consumption by the reheater). This type of model can be highly useful in the megawatt hunting studies.

A model has been developed with the THERMAL-BALANCE toolkit to calculate the heat balance of the nuclear power plant. This model has been connected to MS Excel so that engineers without knowledge of EcosimPro/PROOSIS can calculate cases, quickly present results graphically and analyse results with the capabilities of MS Excel. This interface is shown in the following figure

The model allows the influence of different conditions and operating parameters on power generation to be analysed, as in the following example:

For instance, an increase in the condenser pressure changes the expansion line end point (ELEP) and affects the exhaust losses of the low pressure turbine (difference between UEEP and ELEP). 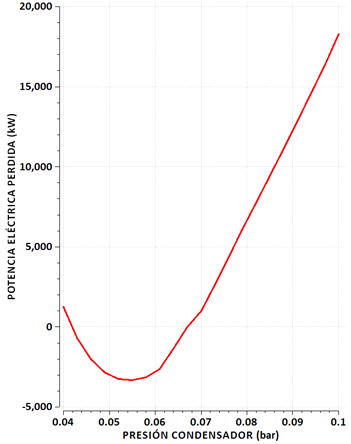 The following figure shows the losses at the exhaust of the LP turbine versus the pressure in the condenser. 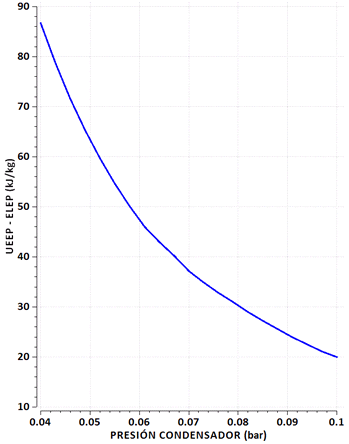