The ECLSS toolkit provides a set of components to design and analyze the usual equipment and processes of the Environmental Control and Life Support Systems in manned spacecraft. ECLSS modeling involves multi-disciplinary simulation, since ECLS operations consider a wide range of phenomena, including fluid flow, chemical and electrochemical reactions, heat transfer or biological processes. The toolkit is specially adapted to the thermo-hydraulic analysis of cabin air loops of conventional ECLS Systems. Specific fluid flow problems like venting lines or pressure regulators can also be analyzed easily, however. It could also be used for other applications like Submarines ECS and Aircraft ECS with treatment of cabin recirculated air. 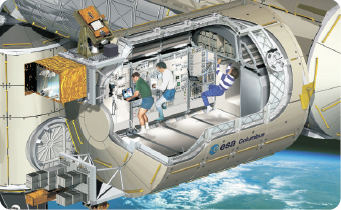 The ECLSS toolkit is the recommended by European Space Agency (ESA) as the analysis tool for ECLS systems. It has been used in ESA projects to perform many different studies, including:

The palette of components together with the intuitive EcosimPro/PROOSIS graphical interface offers a user-friendly drag-and-drop methodology to build new models. The input data editors help to configure the models. Thanks to EcosimPro/PROOSIS, the user can easily develop new components or modify the existing ones in order to achieve the required level of fidelity.

The library includes a complete palette of components that represent subsystems like the following:

This user case represents the temperature and humidity control of a spacecraft. The flow sheet of the main system of the user case model is shown in the following figure, indicating its main constitutive parts: 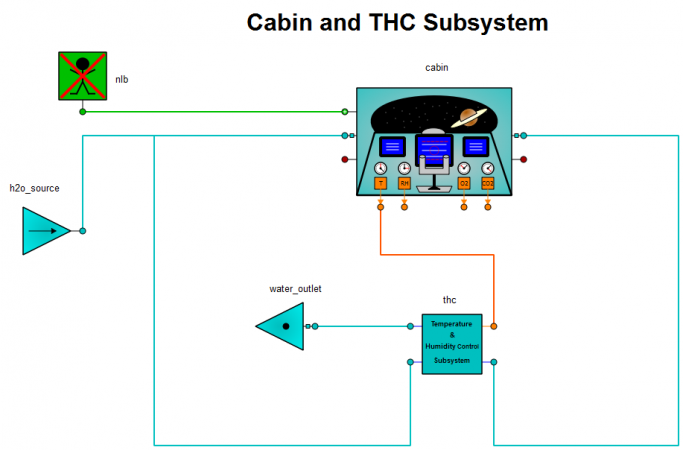 The system consists of the following parts: 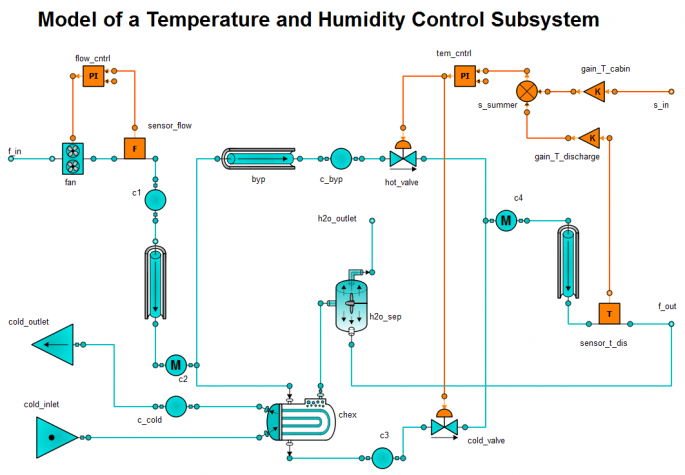 The experiment consists of a change of the temperature set-point with a step after 10 seconds. A steady state solution is requested before the transient solution in order to start the transient from a stabilised condition.

This user case represents the simulation of an Air Management System (AMS). It has been developed by integrating the following parts into one system: 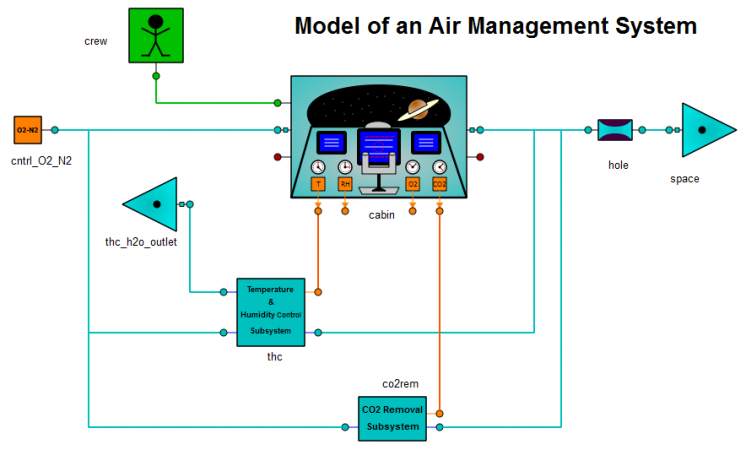 The experiment consists of imposing a daily cycle for crew activity, determined by the metabolic activity rate per crew member:

To improve our services, we use cookies (own and third parties authorized). If you keep visiting the website, we assume you accept their use. You can obtain further information, or check how to change your browser configuration, in our cookie policy.Accept