As in previous years, the EcosimPro–ESPSS team will be at the upcoming Space Propulsion Congress this May in Rome. On this occasion we will present several papers based on the ESPSS simulation library improvement works carried out in the Multiphase Flow Modeling project, in which some of the most renowned European space propulsion companies and institutions participated.

The following aspects will be covered by the various partners:

The ESPSS team will present an additional paper entitled “ESPSS Model of a Simplified Combined-Cycle Engine for Supersonic Cruise”, showing the capabilities of the libraries for simulating a high speed engine. The model combines an atmospheric engine with a liquid fuel rocket engine, also including a closed helium cycle with a system of heat exchangers to increase its efficiency. 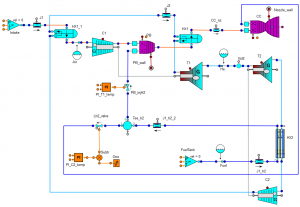