In this new newsletter regarding our simulation tools EcosimPro and PROOSIS, we are continuing with our usual editorial policy and will discuss both the new features included in the latest versions of the tools and the new applications and libraries that our team is now developing.

In the area of space propulsion, good progress has been made with the ESPSS libraries being developed by a consortium of companies, including Empresarios Agrupados Internacional (EAI) and the European Space Agency (ESA). The latest version includes new capabilities demanded by users, such as a new modelling library for steady propulsion systems (called STEADY), new components such as solid/hybrid and ramjet/scramjet combustors, an electric propulsion library called EP and a new orbital mechanics library called SATELLITE that allows users to calculate the position of a satellite, effects of the sun and moon, etc. These new capabilities of the ESPSS expand our libraries’ fields of usage. Many European companies now use EcosimPro/ESPSS to create their space propulsion models.

We have also issued the first version of a new library for electrical systems to model the electrical parts of an aircraft. This new library can be used for joint analysis of the aircraft’s propulsion system (TURBO library), its electrical system (ELECTRIC-SYSTEMS library) and other systems such as the Environmental Control System (ECS) or the Fuel System. PROOSIS is now a multi-purpose tool that can be used to model multi-disciplinary systems of an aircraft in the same tool. 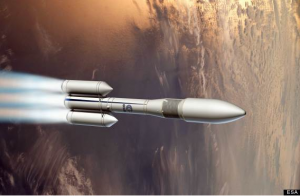 As far as new software capabilities are concerned, a new text editor was released, much more versatile and intuitive than the previous version. There is also a new tool to export and import data from diagrams, which users had been demanding for a long time. Now all the data of a model can included be in an Excel spreadsheet that users can import into EcosimPro automatically.

The new tool’s connection to Excel has also been improved, and now users without any experience with EcosimPro can simulate any model directly in Excel intuitively and easily. Users can now create their own Excel spreadsheets and include graphs, diagrams, etc. that interact with the results of the simulation that EcosimPro provides automatically.

Lastly, we would like to remind you that in 2014 we will be participating in two important Trade Fairs: Space Propulsion 2014, from 19th to 22nd May in Cologne (Germany), organized by the ESA; and ASME Turbo from 16th to 20th June in Dusseldorf (Germany). We will have a stand at both of them where anyone interested can listen to our presentations. At the Space Propulsion fair, a workshop for EcosimPro/ESPSS users will be organized by the ESA and EAI. And at the ASME fair, we hope to meet experts from throughout the gas turbine industry, as ASME is this sector’s top international trade exhibition.