A set of libraries is being developed in PROOSIS to perform the integrated simulation of the engines and the main systems of an aircraft within a single simulation platform:

The AIRCRAFT-ECS library includes a set of components and subsystems for the simulation and modelling of the complete ECS system of an aircraft and of its bleeding system. The library allows models to be created with different aircraft cockpit configurations (several regions, different options of air distribution, etc). A model of two thermal nodes for passenger/crew is included. This model allows passenger comfort to be assessed.

The AIRFRAFT-LIQ library focuses on the 1D simulation of liquid flow networks and allows the aircraft fuel and lubricant system to be modelled. Phenomena such as thermal delay due to convective transport, thermal accumulation and expansion of the liquid inventory are taken into account in the formulation of the library.

The AIRCRAFT-ELEC library is used to simulate the electrical power supply network of a generic aircraft (generator, distribution network, loads of different characteristics, controllers, etc) coupled to the propulsion system. 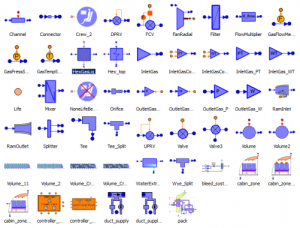 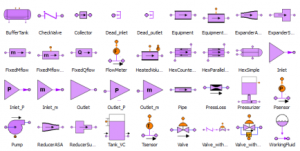 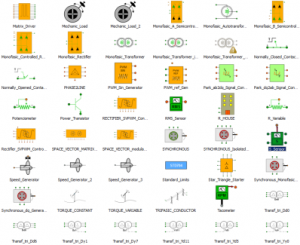 Some examples have been developed to highlight the capabilities of the new libraries:

Below is the diagram of the simulation model for the ECS system connected to the two aircraft engines (modelled with the TURBO library). The different components that represent the main equipment can be identified in the model schematic diagram: the aircraft engines and its bleeding system, the air cooling packs, the cockpit model, etc. 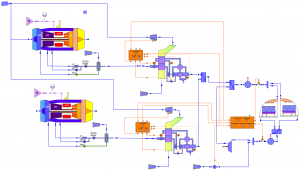 The complete aircraft simulation solution developed in PROOSIS allows users to easily evaluate the interactions between the various aircraft systems within the same simulation platform. It also minimises the analysis time and the associated costs and avoids co-simulation issues.