The aim of this toolkit is to calculate the thermodynamic design and off-design of an ORC (Organic Rankine Cycle) and to study the performance of the aircraft engine when it is coupled to the ORC system.

The ORC system can utilize heat from engine exhaust gas to convert a fluid inside conduit into steam which can be transferred to a turbo-expander. The turbo-expander can be coupled to the engine shaft to transfer the converted energy to the shaft to allow the shaft to use less fuel to achieve the same power out, etc. 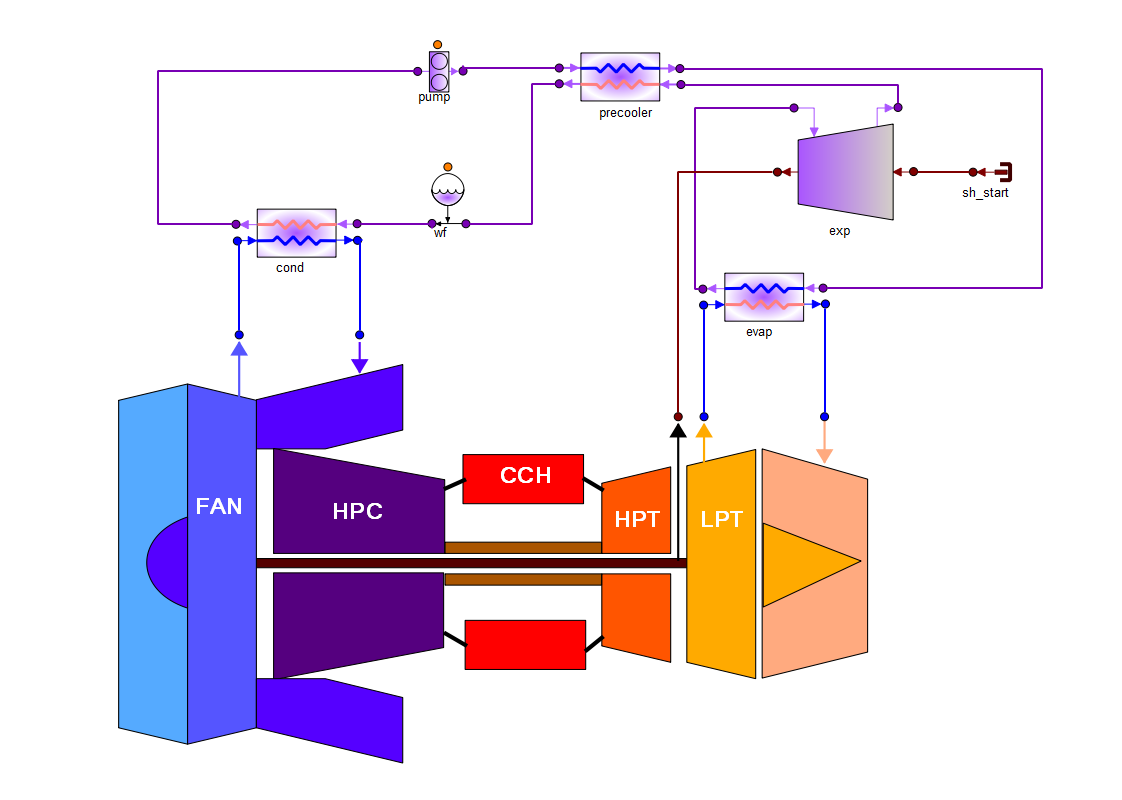 The components included in this toolkit are designed to support different calculation modes: thermo-design and off-design. This means that the same components can be used for designing the equipment and selecting their parameters and also for simulating their behavior once the design is defined. This approach allows defining the thermo-design point for the components to provide support to size the components and to design the control of the system.

ORC cycle connected to an engine

The model developed in this user case consists of an unmixed turbo-fan engine coupled to an ORC cycle heat recovery system. This system essentially recovers “waste heat” from the core jet exhaust of a turbofan engine and uses it to produce either electrical power or to transfer the converted energy to the low speed shaft reducing the fuel consumption required to accomplish the same power out.

The condenser is placed in the air bypass line of the aircraft engine and absorbs the heat transferred by the ORC fluid. The boiler is assumed to be placed within the core nozzle walls to extract heat energy from engine exhaust gases. The expander is mechanically coupled to the low speed shaft of the engine.

The ORC cycle includes a regenerator that enables the pumped liquid to absorb residual heat from expander outlet vapour prior to entering into the evaporator. The ORC uses R245fa as working fluid.

The schematics diagram of the complete model is shown in the following figure:

PROOSIS allows calculating the thermodynamic design of the engine and the ORC either separately or together. However, the typical procedure for the ORC integration in an aircraft engine starts with an already designed aircraft engine and continues by designing and optimizing the ORC cycle to the performance operation conditions of the engine.

Before the simulation of the integrated model, the thermodynamic design of the ORC system was performed considering cruise conditions for the aircraft interfaces.

Finally, the ORC model (in off design mode) was connected to the engine model and the performance of the overall model at different operation conditions was calculated in order to assess the feasibility and benefits of an organic Rankine cycle (ORC) heat recovery system for use in onboard aircraft power generation.

The main operation variables of the engine and ORC system have been plotted versus the altitude. 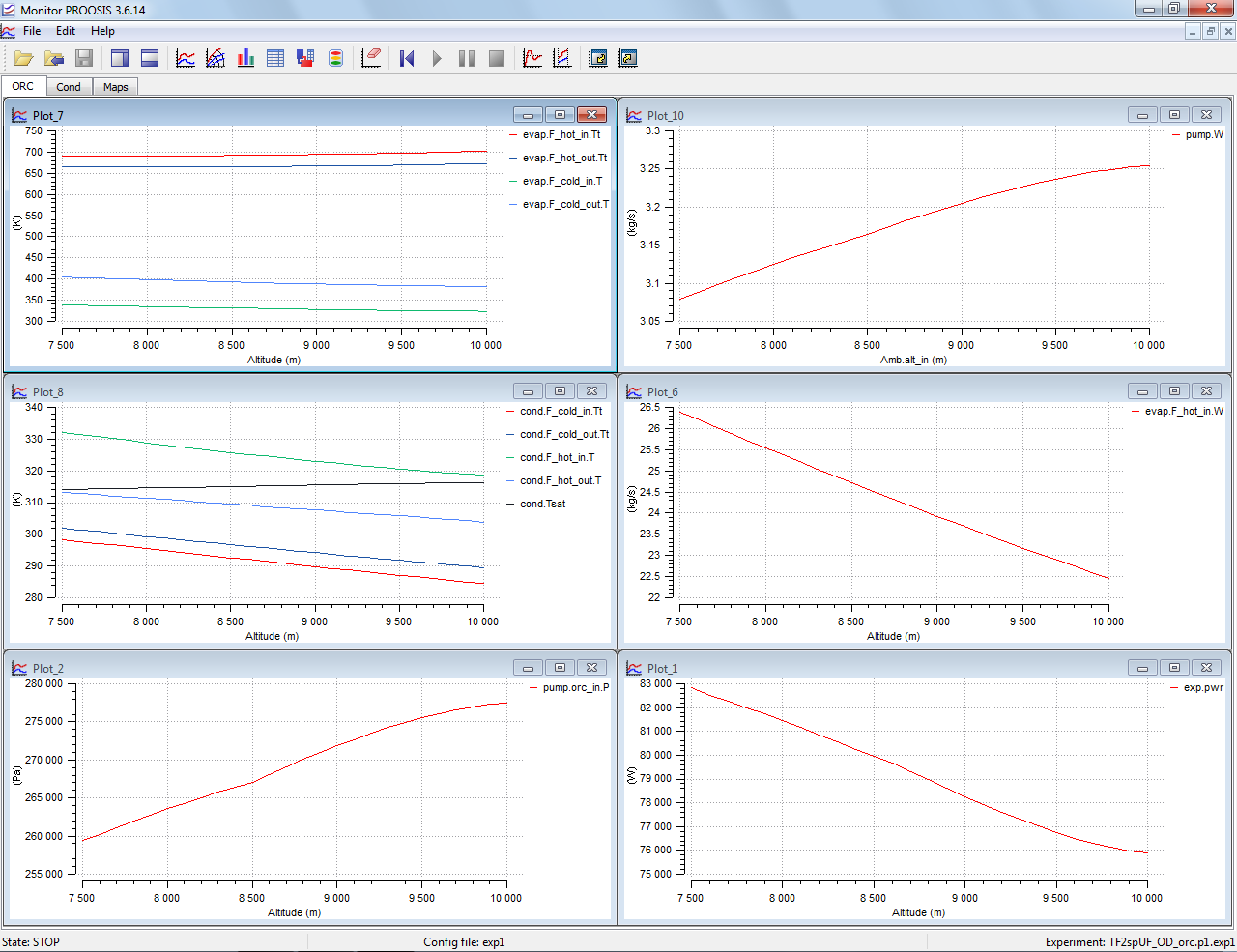